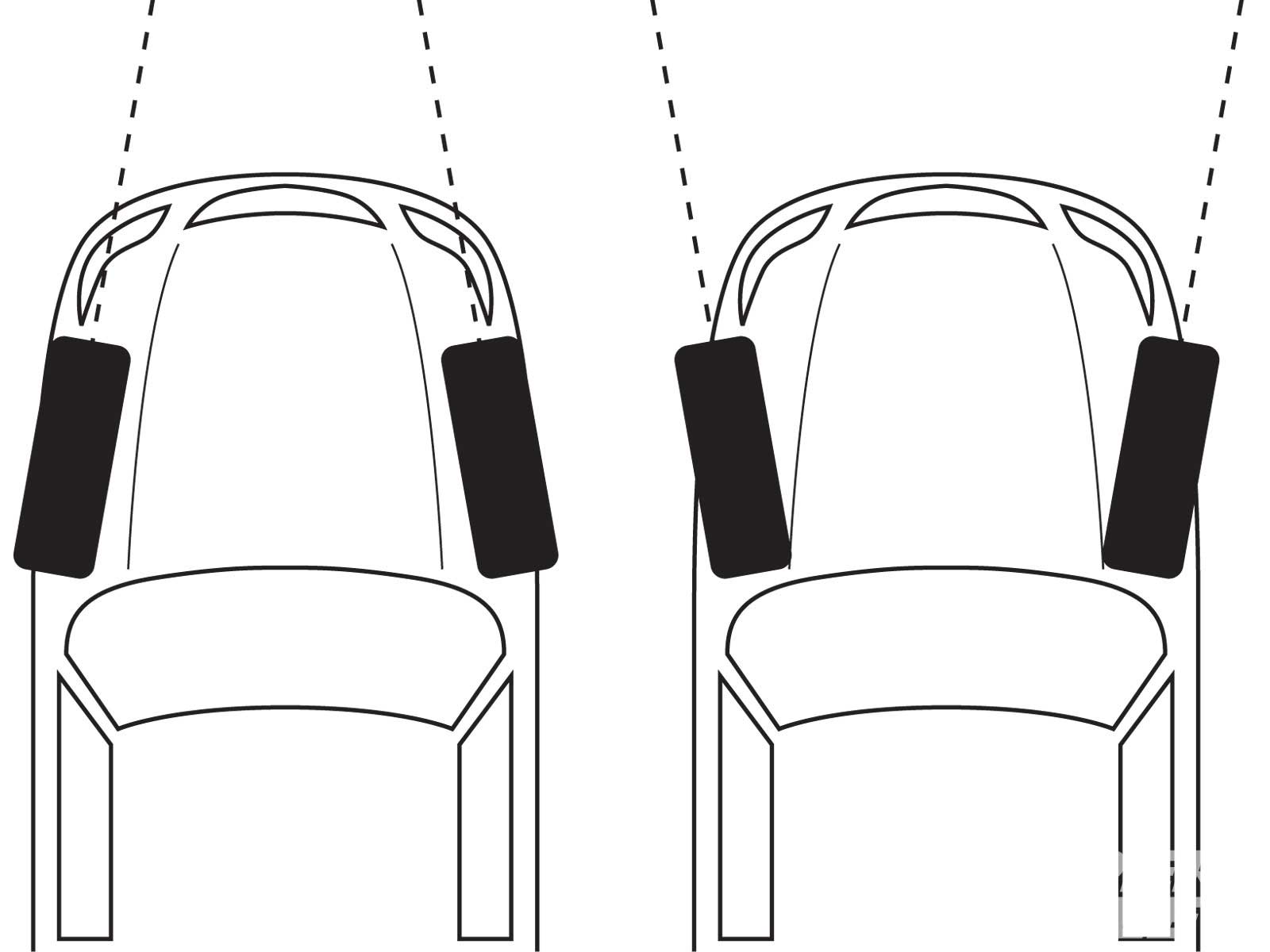 Believe it or not, your front wheels aren’t pointing straight ahead. In fact, they don’t even stand up straight or run parallel to each other. And the crazy part is this is done intentionally, because it improves handling and even makes your front wheels return to center after driving around a corner. So, let’s jump right into the deep end and discuss some of the most common terms of suspension and steering geometry you might hear at an alignment shop and how they affect your truck when you modify ride height.

The Basics Terms
Toe In: If you look down at the front wheels of your truck from the top, they will be closer together in the front than they are in the back, and here’s why: If they were exactly parallel with each other, when you drive down the highway in a straight line the vehicle would have a tendency to wander left and right and would feel somewhat erratic. But, by slightly pointing the wheels toward each other in the front (toe-in) the vehicle is suddenly much more stable. There is a small range that’s ideal, but too much toe-in will cause uneven tire wear, and handling will become much worse especially in wet or icy conditions. A common spec for a full-size pickup truck is in the range of 0.10 inches toed in, with an acceptable tolerance of +/- 0.20 inches. Some argue that toe is the most critical part of an alignment for a highway driven vehicle, and adjustments are easily made on any vehicle using the tie rod ends, and you can even check it yourself at home with a tape measure and some string.

Caster: This one is a bit tricky to explain but is basically the relationship between an imaginary line drawn between the upper and lower ball joints, and a vertical line drawn through the center of the wheel. Caster is tricky to determine as well, since it involves measuring a camber change as the wheels turn left to right. Most vehicles on the road have a spec between 3- and 8-degrees of positive caster. When you go around a corner and let go of the wheel, you’ll notice the steering wants to return to center on its own; this is caused by a positive caster angle. The higher the positive caster setting, the force required to steer will be greater, but that’s about the only drawback. Straight-line stability goes up and cornering will be improved as more caster gives more camber change while turning (confused yet?) Usually when performing a wheel alignment, the sequence starts with caster, followed by camber, and finally toe-in.

So, what does all this terminology mean in the real world to a truck guy? Most of us never mess with our own alignment. After all, it’s usually one of those jobs best left to the pros. In fact, if you own a Ram or Superduty with a solid front axle, you can’t easily adjust camber since the ball joints position is determined by the inner “C” which is welded to the axle tube. In some cases, you can buy specialized offset balljoint or sleeve, but that only allows around one degree of change. On a solid axle, caster is set by rotating the whole axle assembly with eccentric bolts on a Dodge, or on a Ford, you’re stuck swapping out adjustment bushings. The IFS Chevy guys are the lucky winners here, since caster and camber are easily set with adjustment bolts on the upper control arms.

What if I change my suspension?
If done properly, a lifted truck can drive down the road just as straight and smooth as a stock version. But there are some lift and leveling kits out there that are improperly designed or installed, which can cause your alignment to be outside of a safe range, and unpredictable, sometimes dangerous handling and excessive tire wear can result.

Consider the radius arm front suspension found on 2005+ Super Dutys. Because of its design, the front axle is moving in an arc as it travels up and down, and by nature it pivots around its axis which means the caster angle is constantly changing. As the front end raises, the caster angle becomes negative, and as the front suspension compresses, caster gets more positive. If you were to simply install a coil spacer for a few easy inches of lift, your caster angle would be on the low side of its acceptable range which will have a negative impact on straight line handling. If you go too high without correcting caster, you may have unpredictable steering or even death wobble, which is as dangerous as it sounds. A better way to level a Super Duty would be to use a 2.5” BDS Suspension kit which includes new tubular radius arms with added cam-bolt adjustments on the front axle to keep the caster right where it should be. Or if you want to go even higher, you can convert to a 4-link style suspension which will eliminate almost all caster change as the suspension cycles, making for a very stable ride.

When lifting a truck, there’s a lot more than just a good alignment needed for a safe and smooth ride. Most good kits will come with relocation brackets to keep the track bar at a proper angle, which minimizes side to side axle movement through suspension travel, and in some cases, you will need to add an adjustable track bar to keep the axle centered underneath the truck at a lifted height. It’s very important that a dropped pitman arm is used in conjunction with a dropped track bar to keep the drag link parallel to the track bar. If the two are at slightly different angles, you can run into bump-steer, which is the last thing you want to have on an off-road driven truck. Finally, there are some model specific quirks that should be addressed, like the factory steering linkage of ’03 to ‘08 Dodge trucks which is another major cause of bump steer. By changing the drag link and tie rod to the later T style, the steering can be made much tighter and safer.

Wheel alignment is something we may take for granted, but if yours is out of spec from a lower quality lift kit or sub-par install, you’ll be reminded of it every time you drive down a highway or over a speed bump. But if you’ve done your research, you can improve the function and feel of your truck simply by optimizing a few angles, and keeping those wheels pointed (almost) straight down the road.