This past weekend, we had the opportunity to attend the 3rd annual ATS Diesel Let It Roll Dyno Days that follows after two days of dealer training.  The event takes place at ATS’ headquarters in Arvada, Colorado, and this is the second year we have had the opportunity to attend.  It all starts out with training for select ATS dealers on Thursday morning that features extensive product technical insight.  Thursday morning began with one of ATS’ most highly regarded product divisions:  transmissions.  Here, the owner of ATS, Clint Cannon, gave a very thorough explanation covering the evolution of ATS’ transmission building process and components that covered everything from the inner workings of a torque converter, featuring their patented viskus clutch drive with square tab lugs, to their 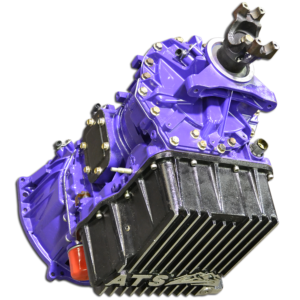 Co-Pilot transmission controller for numerous applications.  Because transmission rebuilding is where ATS’ roots stem from, one could say this is an area they are very passionate about.  To truly emphasize how deeply they believe in the fortitude of their transmissions, they back them with an industry leading five year, 500,000 mile warranty.

Following our classroom style education for the morning, we headed out on a field trip into the manufacturing side of ATS where we were able to get a hands on view of the processes involved in building torque converters, electronics, and complete transmissions.  Here, one gains first hand knowledge that secures the notion that nearly EVERYTHING they offer is truly built in-house.  Few other companies can truly attest that their manufacturing is done under one roof, especially electronics, which is typically outsourced overseas.

After a brief intermission to fill our bellies, we were back in the classroom for Turbos 101 (or maybe 401 as this information was extremely comprehensive).  Again, here is a segment that ATS is fanatic about.  While many other companies build their performance turbos by starting with a pre-existing turbo, and then modifying the housings, changing out the compressor and turbine wheels, et cetera, ATS is quite the opposite.  When ATS says they build turbos, they mean it, and do so from the ground up.  Several hours of studying airflow 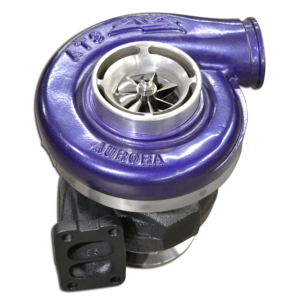 dynamics and its effects on combustion were followed by another field trip into manufacturing.  Hoards of compressor housings, billet compressor wheels, cartridge assemblies, and anything else turbo related lined the walls and benches.  Here, Clint showed us the evolution of several compressor wheel designs that secures the notion that each of their offered turbos is an ever-evolving component.  Further, we were offered explanation as to why the majority of ATS’ turbos do not feature wastegates, as most of the competition utilizes.  To briefly summarize, why would you want to essentially “waste” airflow if you have properly matched the turbo to the engine’s displacement and power output?

We all got started bright and early again on Friday for additional training, beginning with coverage of their numerous Twin Fueler systems.  For those unaware, the Twin Fuelers are designed for common rail injected diesels to add an additional injection pump to the engine.  Essentially, this lessens the load on the single factory injection pump, creating the availability for increased fuel volume, while not requiring excessive rail pressure, as many 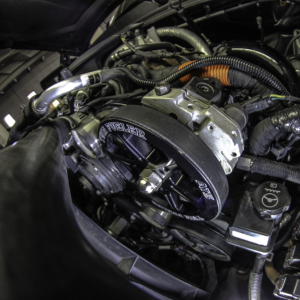 aftermarket upgraded single injection pumps can deliver.  Overall, what consumers can expect from the addition of a Twin Fueler kit are steady rail pressure, no matter the fueling demand that comes with upgraded injectors and/or tuning, smoother idle, improved fuel economy, and less smoke output.  Stemming from this discussion, the topic of CARB certification arose.

CARB (California Air Resource Board) mandates that aftermarket devices designed to improve the performance of engines meet stringent emissions standards within regulated states, most namely California.  Because numerous states are adopting such regulations, ATS is consistently testing their products in order to receive CARB certification, known as E.O., or Executive Order, Numbers that attests the product have met such guidelines.  Typically, a product must not effect the vehicle’s NOx output by more than ten percent.  And the reason the discussion went in this direction is because ATS’ tested Twin Fueler kit actually LOWERED the emissions output by more than the mandated ten percent, causing it to initially fail until concern was brought up that a component could fail if it lowered emissions.  Interesting to say the least.

Another tour of various divisions of ATS’ headquarters ensued before officially graduating from ATS Dealer Training.  Unfortunately, we didn’t have the opportunity to wear a mortarboard and robe, or make any grand speech at the finale, but the end gave us all the opportunity to discuss and collaborate over what we had learned the past few days.

Saturday would bring floods of trucks to ATS for the official Let It Roll Dyno event.  This 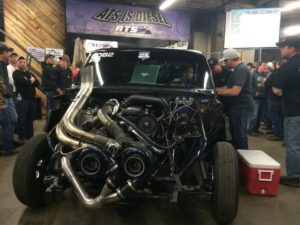 year was unique in that they would be running two dynos.  Inside ATS’ shop area, they have an in ground dyno that has always been utilized for such tests, including the notorious Diesel Power Challenge, but because of the amount of trucks being tested, it took a vast amount of time to strap down each one and test.  To circumvent this issue, they hired a portable dyno that would be stationed in the parking lot.  The inside dyno was reserved this year for what ATS was dubbing “The Gauntlet Challenge,” in which high horsepower competitors were invited to rival against one another in an effort to have the biggest numbers at a chance to win the pot.  The pot involved each of the contestants’ entry fee of $500, in a winner takes all contest.  The outdoor, mobile dyno, was reserved for the 100+ contestants that had come to determine the output of each of their Cummins, Duramax, or Powerstroke equipped trucks.  Unfortunately, both of the dyno machines were having their own, independent issues that caused delays in the show.  But fortunately, some parking lot antics and numerous vendors on hand made the lack of dyno runs nearly unnoticed by most.  But for those that wanted to get their tires rolling, one of the local shops that happened to be in attendance, offered up their dyno only forty miles away. 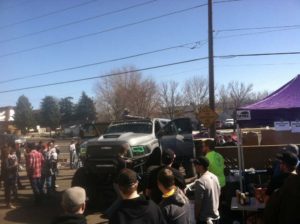 Overall, it was a great time again to gain additional product knowledge, see some old friends, and make plenty of new ones.  We always look forward to making the trek to any of our vendors’ events, and this one is definitely one of our favorites.

For more information on ATS and their huge selection of products, clink HERE.