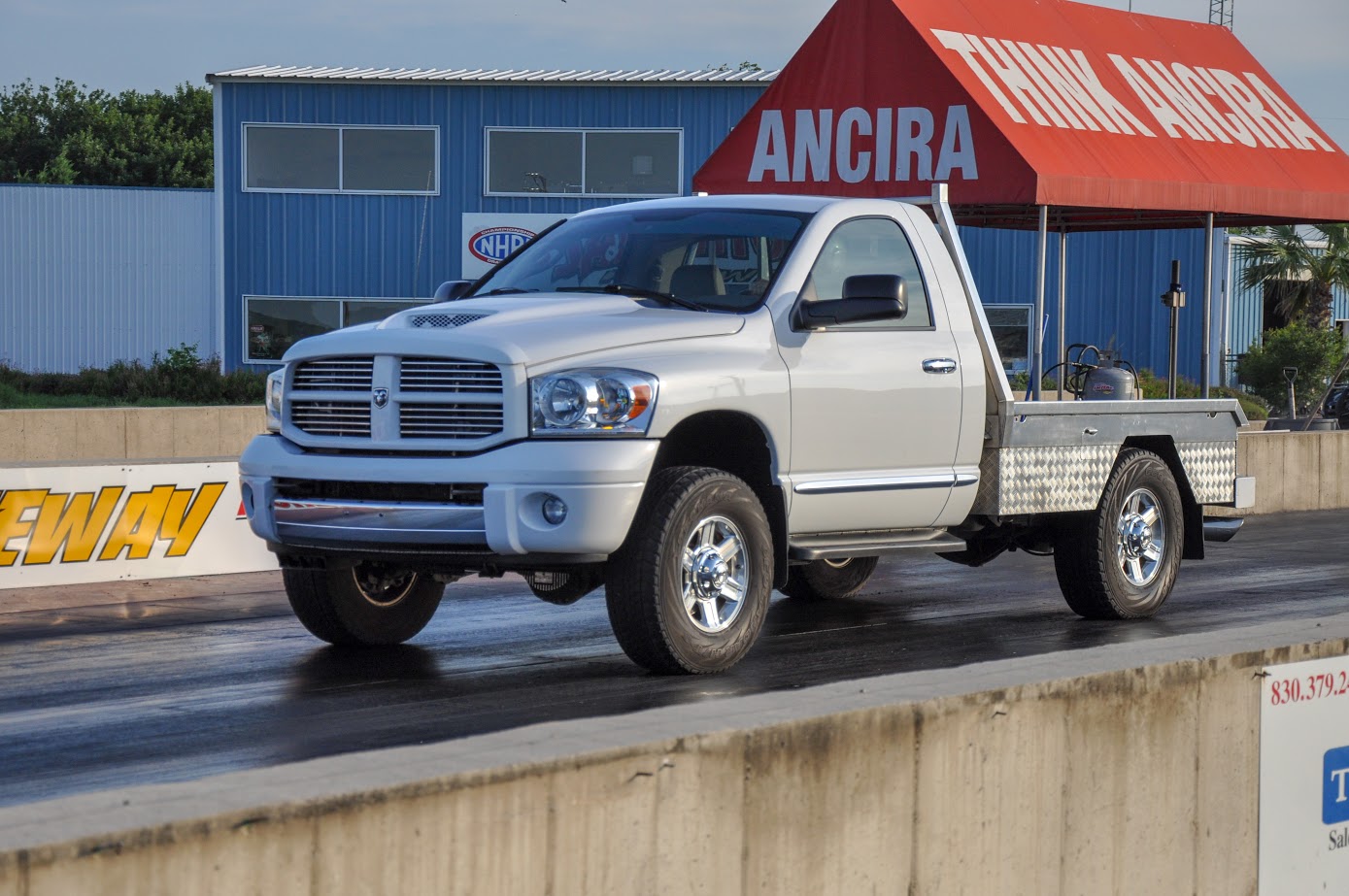 One of our customers, and good friends, Larry Brown, relishes in building his truck for perfection.  When seeking perfection, it sometimes means doing things two, three, four, or even more times over and again until the right combination of parts are put together for this harmonization to occur.  After careful inspection of his 2007 Regular Cab Cummins, you would never guess that the truck actually has over 250,000 miles on it.  He takes care of his truck, and arduously deliberates about the upgrades done to the truck.  Many times, the upgrades are very forward thinking, outside of the box strategies that end up working flawlessly, while other times, they don’t work as well as hoped to meet his standards, and they must be modified or completely abandoned.  The truck itself has undergone numerous engine transplants to create a package that not only performs on the track, but is just as comfortable hauling a stock trailer or headed to the hardware store. 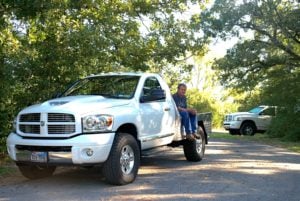 Some of you may remember our good friend, Larry, as one of last year’s Diesel Power Challenge entrants.  Unfortunately, his participation in this prestigious event went no further than his truck being featured as an entrant in the magazine, as the votes simply didn’t add up in his favor allowing him to compete.  So why did Larry not make it into last year’s Diesel Power Challenge?  That’s a tough call, but as most know, DPC’s final entrants are decided upon by the readers of the magazine through a tally of votes.  Most of the entrants are either well known in the industry or have a very impressive looking truck that gains the attention of would-be voters.  And while Larry’s truck may be one of the cleanest out there, it doesn’t have a big lift, huge tires, or really anything exceptionally gaudy.  In fact, the only thing that truly makes this truck stand out aesthetically for the most part is the polished aluminum custom flat bed that serves as a means of hauling extra cargo and simply saving weight for better quarter mile times.  Where this truck shines is in the drivetrain.  In short, this truck currently sports a complete 6.7L Cummins engine mated to a 48RE four speed automatic transmission, with the brains of the truck still being the original 5.9L ECM.  Upgrades are abundant, and its unlikely you could find a single component in the entire drivetrain that has not been upgraded for the ultimate dependability.

And someone from Diesel Power Magazine must have taken notice to Larry and his build, as they have invited him once again to be an entrant into Diesel Power Challenge for 2015.  So why do we think Larry should be one of the finalists that will compete for the crown this year?  It all comes down to the fact that this truck is a bulletproof, do anything truck.  With over 800 horsepower on tap, it is smooth, nearly smoke free, and is built to take abuse.  Larry drag races his truck two to sometimes three times per WEEK, which is a testament to the rigidity of this machine.  Most people are lucky enough to head to the drag strip that often in a month, but this is truly Larry’s passion.  We know that if he is voted in, he will put on a great show, so if you can’t decide whose truck you want to see competing this year, make sure to put an entry in the hat for Larry.