Recon has truly set the standard for aftermarket lighting for the modern truck market.  Over the years, Recon has been known for their innovative designs with halo projector headlight and LED (light emitting diode) taillight technology, setting the bar for the competition.

However, they are also a pioneer with such products as logo embossed illuminated door entry guards for Ford SuperDuty’s and Dodge Rams, tailgate light bars with LED backup lights, interior LED lighting, and nearly anything regarding automotive lighting.

Besides aesthetics, the lighting technology that Recon incorporates into all of their products have additional benefits.  For instance, projector and HID (high intensity discharge) style headlights offer unsurpassed light output, making night driving much easier, helping avoid animals that find a safe haven in the middle of the road. 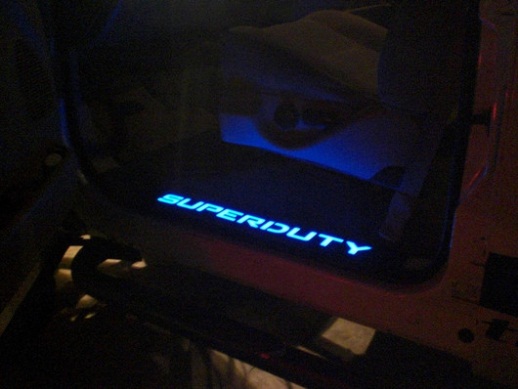 Automotive LED lighting is used in different formats, ranging from taillights to interior lighting.  The benefits of LED are that it typically reflects in a true white, as opposed to the yellow traditionally seen with halogen, resulting in a truer and brighter light output.   One of the biggest benefits of both LED and HID lighting is the life expectancy compared to halogen.  LED’s have a general life expectancy of 50,000 hours, HID’s 25,000, and halogen at a mere 2,500 hours, so you’ll get plenty of long term benefits from the newer technology.  With expertise in halogen, HID, and LED lighting, Recon is sure to help you light up the road and look good doing it.