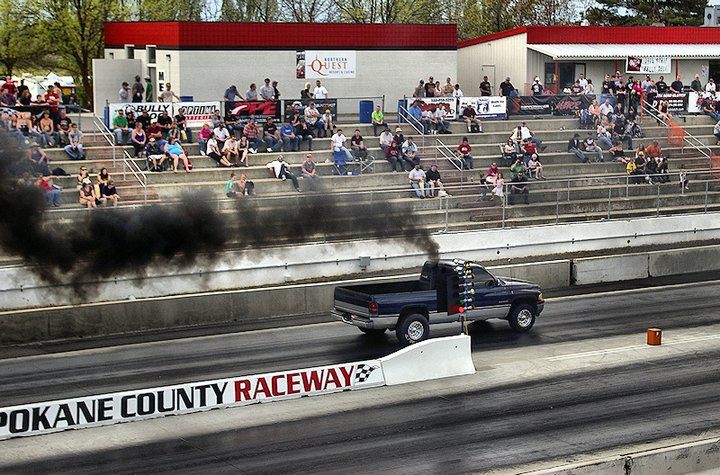 Last week we wrote about our own Tyler Kipp and the stories of his 1994 12 Valve, the “Budget Beater.”  In case you missed it, check it out HERE.  As the last blog was being written, Kipp as we call him, was on his way to Ogden, Utah to participate in Weekend on the Edge and bring home some hardware.  As discussed in last week’s blog, Kipp was driving over 600 miles each way with only his thoughts and an overplayed Papa Roach CD in a drive that would have most trailering their race trucks.  But not Kipp, his truck is just legal enough to avert most law enforcement interaction as long as he can keep the weight off his right leg and avoid speed traps.

As Kipp puts it, he didn’t bring home the gold, but he managed a 7th place overall finish and 3rd in Dodge against some of the nation’s highest horsepower diesels that found most of their ways to Ogden on a trailer.  Overall, Kipp threw down an impressive 958.5 rear wheel horsepower with 1635 foot pounds of torque run while only producing 40psi of boost from his BD R1000 S480 due to a lack of load on the dyno.  This is in comparison to 52psi that Kipp would normally see on a typical quarter mile run.  We wonder what kind of numbers he could have put down if he were able to get the proper amount of airflow through the engine?

For last week’s blog, we filled you in on some of the impressive fuel economy numbers Kipp was seeing on his drive, and this week, we’ll fill you in on each fill up and its correlated economy.  Remember, this is all hand calculated, no “lie-o-meter” in this truck, and all done while driving “spiritedly” in an attempt to make good time to and from Utah.

Overall, both the dyno numbers and fuel economy numbers are impressive to say the least.  Kipp has truly built himself a truck that has the ability to do it all, while being extremely reliable, and all done on a budget, well done, Kipp!