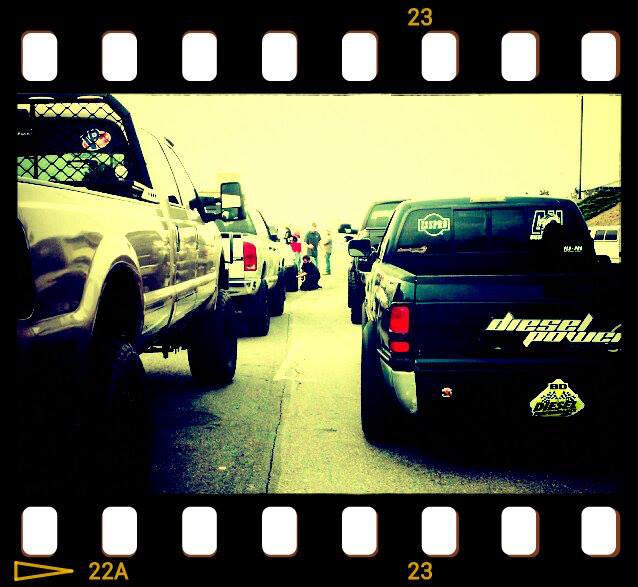 It’s rare to see a vehicle that has the ability of running low 11’s at the track, and even rarer to see that vehicle have the ability to legally drive itself home from the track after running these kinds of times, instead of being loaded onto a trailer.  Now, let’s take this a step further, what about a vehicle that can get 20 MPG’s and has no issues driving itself half way across the country to compete in various events.

What we’ve described above is exactly what Tyler Kipp, of Diesel Power Products, has built.  His 1994 regular cab, long box 12 valve Cummins, dubbed “The Budget Beater,” started out as a budget build to create the fastest truck for the least amount of money, and with Kipp’s extensive knowledge of 12 valve Cummins, he quickly built a truck that could run with the best of them.  Since the initial build of the truck, Kipp has upgraded many of the components since starting at Diesel Power Products over a year ago, to further fine tune the truck.

Recently, the “Budget Beater” has made some shorter trips, to such events as Dynomite Diesel’s dyno event roughly 300 miles each way.  Here, Kipp placed 2nd in the Single Turbo class with a run of 737 RWHP (rear wheel horsepower) and 2nd in the Unlimited class at 923 RWHP with the help of what he calls “ghetto fogging,” where nitrous oxide is sprayed directly into the turbo straight from the bottle.  Kipp also recently attended Alligator Performance’s “Hunting for Horsepower” dyno in which he took 2nd place in the Single Turbo class at 736 RWH and 3rd in the Unlimited class with a consistent 949 RWHP.  This truck is not merely a dyno queen, it can also be seen nearly every weekend at Spokane Raceway Park and other tracks hitting the ¼ mile where his best run this year has been an 11.22 at 119 MPH on straight diesel (without nitrous oxide).

As this is being written, Kipp is on his way to Weekend on the Edge in Ogden, Utah where they will hold a full day’s worth of dyno and sled pull competitions.  Here, he will battle the country’s highest horsepower trucks in an effort to bring home some hardware to hang on the wall.  Accompanied by only his thoughts and the sound of his BD S480 turbo, Kipp left around 5:00 a.m. PST to start the 686 mile trek from Spokane, Washington to Ogden.  Driving through the early morning darkness, Kipp’s only worry has not come from the truck, but rather from four deer that decided to wander into the middle of the highway.  But fortunately, Kipp managed to skirt disaster by weaving through the herd and continuing on after collecting himself.  At Kipp’s first stop for diesel, he hand calculated his fuel economy at an astounding 19.6 MPG’s, which is right on par for the truck, at least when it’s not on the track.  Not too bad for a truck capable of nearly 1000 horsepower!

We’re all anxious to find out how the “Budget Beater” and Kipp fair this weekend, and wish him great luck.  If it’s anything like the rest of the season has gone, he’s sure to be coming home with awards and grinning ear to ear with 20 MPG’s on the way home.