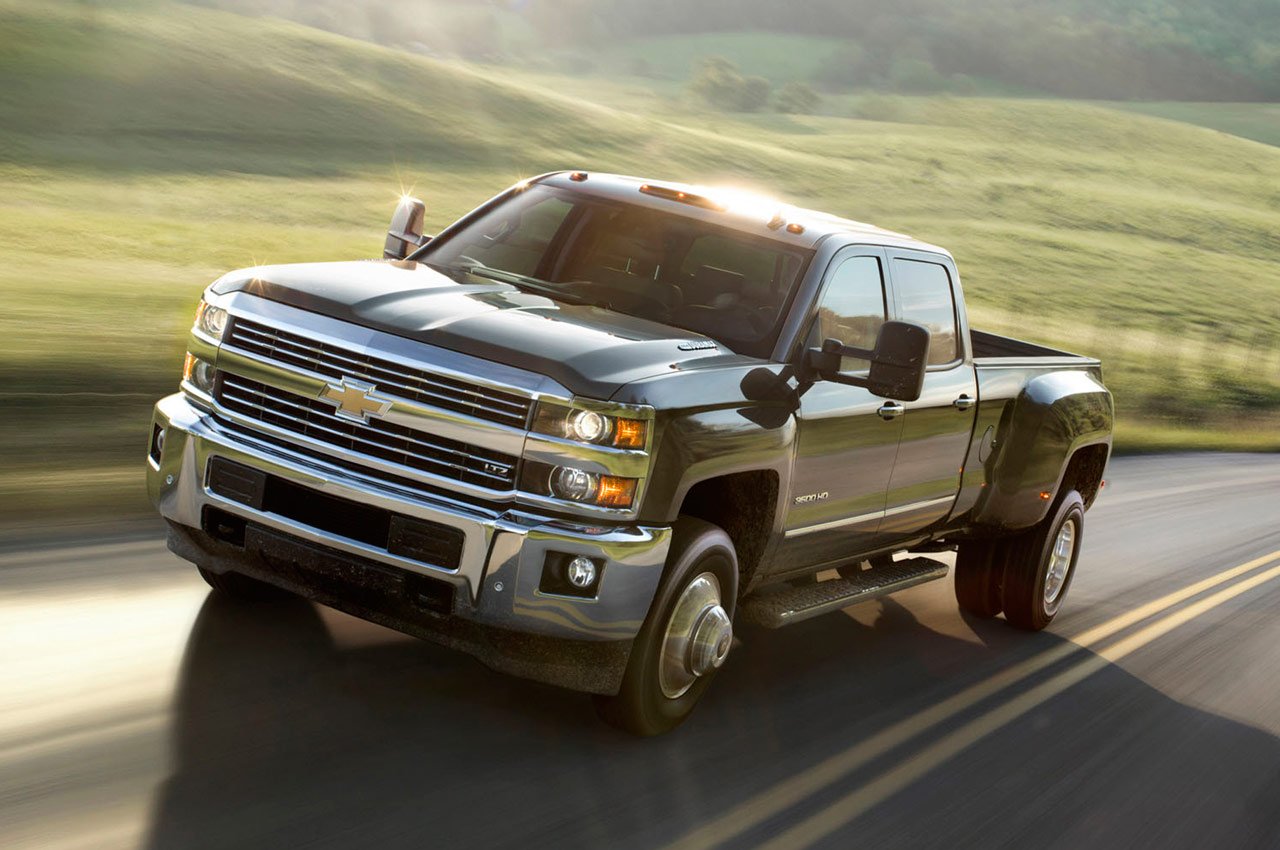 For 2015, the heavy duty GM lineup goes virtually untouched, with the exception of a few cosmetic and creature comforts, as well as some small (but needed) refinements for towing.  The biggest aesthetic upgrade is that of the grill and headlights, with a touch more chrome and halo projector style lighting.  Inside of the cab, GM has gained quite a few options that we personally believe had NASA engineers working with the design team.  MyLink, IntelliLink, and a larger screen for the driver to vehicle interface are all available options.  Safety features are also upgraded for 2015 with a complete Driver Alert Package that includes Forward Collision Alert, Lane Departure Warning, and Safety Alert Seat.  Also on the safety check list is an optional rearview camera, front AND rear park assist, side curtain and seat mounted side airbags.

For the bed of the truck, many upgrades were drawn from what the aftermarket has been offering for several years and shown great success with.  Examples of this include their CornerStep, similar to the built in steps found in many aftermarket rear bumpers, such as Fab Fours.  Another upgrade borrowed from the aftermarket segment is their EZ lift tailgate with damper, similar to what DeeZee and other companies have been using for the past several years.  And the last upgrade we will pick on is that of the under rail LED lighting to help with night time cargo loads, which is another great upgrade that companies, such as Recon, have carried for quite some time. 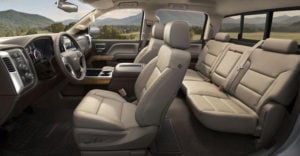 One of the upgrades that impressed us comes in the form of an upgraded cooling system that will draw air from outside of the engine bay via a sealed front end to help reduce engine and exhaust temperatures, especially when under load in hot ambient air temperatures.  We’ve seen moderate upgrades from Ram’s ActiveAir System that works similarly, and hope to see just as much benefit from GM’s version.  Due to the airbox restructuring, we also anticipate there to be some design changes to what the aftermarket will have to offer, as they have been forced to do with the ActiveAir. 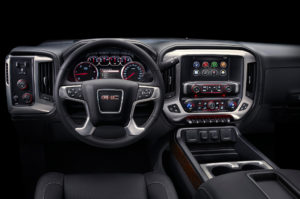 Other upgrades we were glad to see come in the form of improving cruise control while towing by refining exhaust brake usage and downshifting.  In the past, excessive down shifts would lead to slowing beyond the set point, and then the engine would over accelerate, creating a vicious cycle of acceleration and deceleration when towing through mountainous terrain, but that should be a thing of the past!  Now, it’s rather simple, the drivers sets the desired speed and the truck will do the rest, increasing or decreasing power, downshifting to increase engine retarding power, and engaging the exhaust brake for further retarding, all done by pressing and holding the tow/haul button for three seconds to activate the Auto-Grade Braking.

Overall, lack of a complete overhaul isn’t necessarily a bad thing, sometimes it means you got it nailed pretty well the previous year, and just needed a few upgrades to remind us that it is a new release.