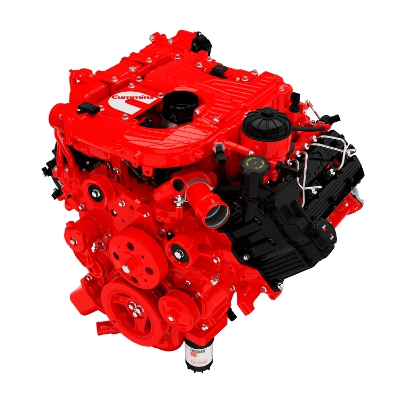 Cummins has a 5.0L V8 Diesel Engine in the Works

There’s been quite a bit of buzz going around about the Nissan Titan gaining a Cummins power plant for 2015 model year vehicles, but there’s been relatively little talk about what’s REALLY important, exact details of this engine!  So, let us present to you the Cummins 5.0L V8 Turbo Diesel.  As previously stated, this engine was built and optimized as a result of a newfound relationship between Cummins and Nissan, but Cummins will also be building a comparable version for commercial vehicle use.  This new V8 is slated to be in the mid-500 ft.-lbs. of torque range and over 300 horsepower, which is very similar to the power output of the 2003-2004 Dodge Cummins for comparison sake.

The 5.0L will receive all of the latest technology, such as a High Pressure Common Rail (HPCR) fuel system, Variable Geometry Turbo (VGT), Dual Overhead Camshafts, Compacted Graphite Iron (CGI) block, and aluminum alloy head and composite valve covers.  The CGI block and use of aluminum alloy will greatly reduce the weight of the engine, which was a primary concern for use in the lighter duty Titan.  As anticipated, the engine will also meet 2014 emissions standards for near-zero NOx and Particulate Matter (PM) output.  In order to accomplish this, as well as keep reliability and fuel economy a top priority, the aftertreatment system, designed by Cummins Emission Solutions, is fully integrated with the engine.

Overall, we’re excited to see this new partnership between Nissan and Cummins and this upcoming release is sure to give the new EcoDiesel Ram a run for its money upon its release.  You may be seeing a Nissan in the parking lot of Power Products Unlimited, Inc. in the future!