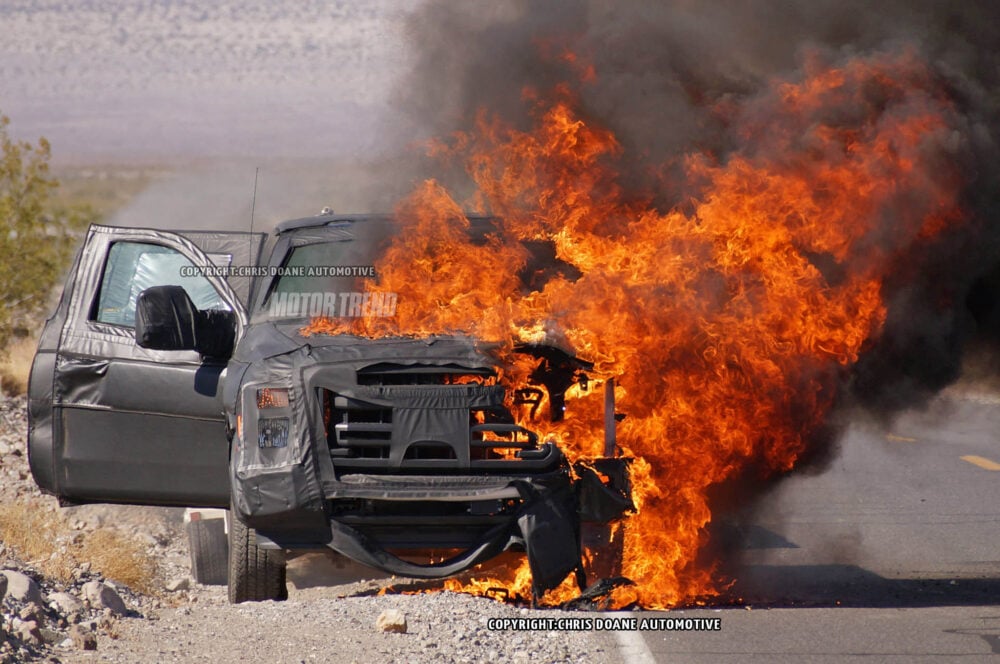 Recently one of Ford’s prototype SuperDuty trucks exploded during testing in the desert. It was a spectacle to say the least. The Ford engineers in the vehicle escaped safely. The fire started near the front drivers side tire and within 3 minutes completely engulfed the engine bay and cab.

Update 8/26/2014: It looks like the remains shown below was after the frame was towed off. From the looks of it, the SuperDuty BBQ was more exciting than most 4th of July fireworks shows. Too bad there was not a video of the carnage. Update: Video has been posted below.