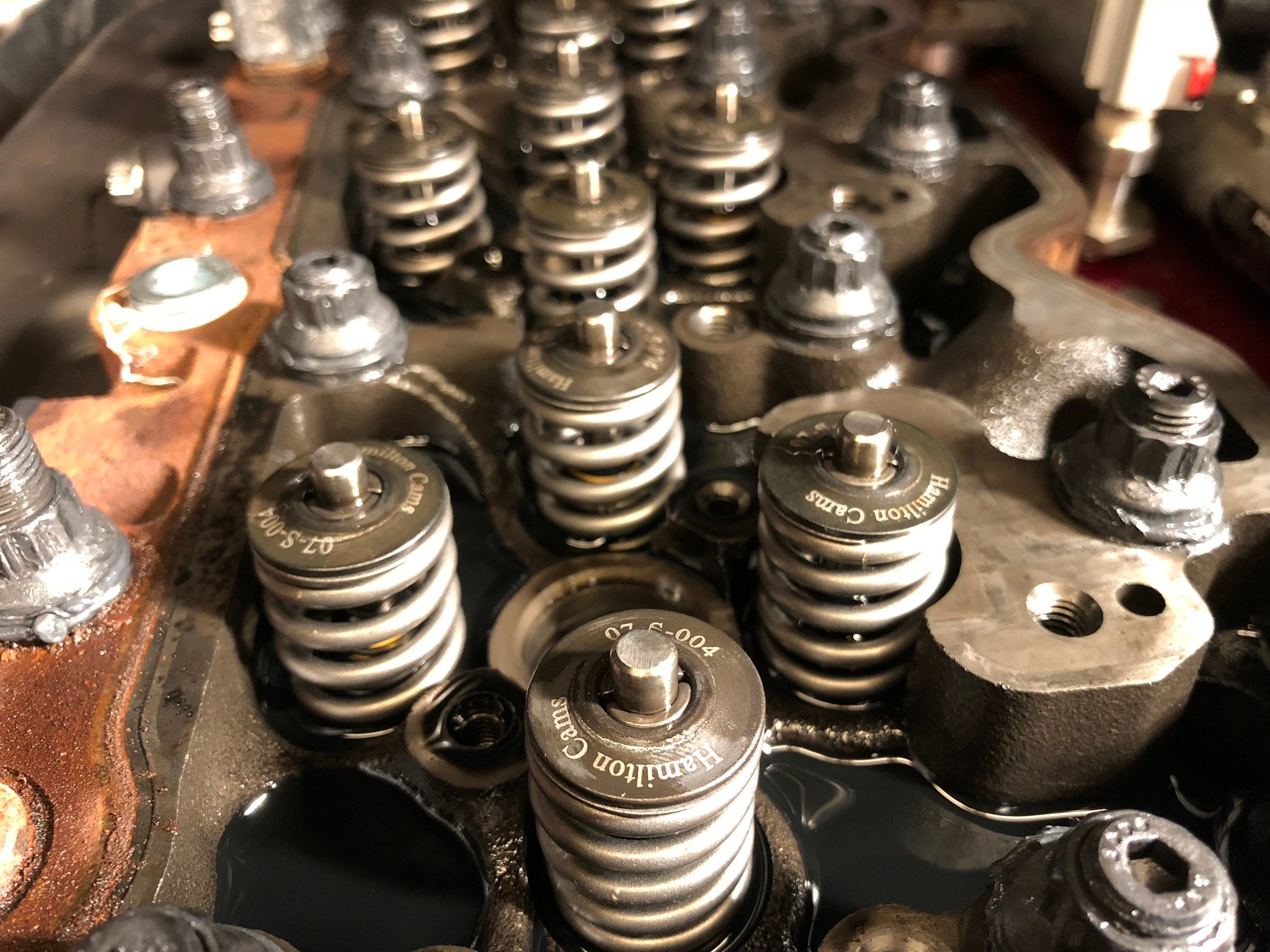 All Aboard the Valve-Train

If you want to take your diesel to the next level, there are plenty of options out there. Massive compound turbos, 250% over injectors, and dual CP3 kits can be found under the hood of race trucks across the country. Those parts are the basic ingredients that will give your engine the fuel and airflow to create massive horsepower. But just as important as the big air and fuel delivery upgrades, are a lot of small parts that go inside your engine that should be upgraded along the way to help support the horsepower your bullet is capable of making. 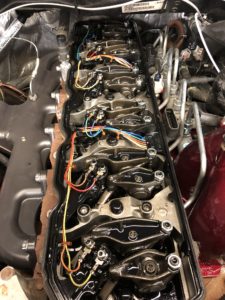 All modern diesel engines are four strokes, which requires valves to operate properly. They allow air needed for combustion into the engine, and spent exhaust gasses out. Inside the block, there is a camshaft which controls when the valves open, how far they open, and how long they stay open. And if the valves don’t open or close when they are supposed to, your engine can drop power, and in a worst-case scenario, cause severe mechanical damage from parts touching when they shouldn’t. A valve spring’s job is to close the valve, and to do so, needs to have enough force to overcome the pressure in the intake or exhaust manifold pushing against the valve. But the spring also has to move several other parts along the way.

Here’s the deal: There is a tremendous amount of mass (in engine terms) in a diesel’s valvetrain. Each pair of springs in a 4-valve diesel is responsible to move a rocker bridge, rocker arm, pushrod, and lifter back down onto the cams base circle, and this all has to occur thousands of times per minute. The factory designed the stock spring to operate at a certain RPM range and boost pressure, which is very easy to exceed. There are two ways you can run into trouble. One is spinning the engine too fast: When the RPM increases beyond the factory threshold, the stock valvesprings can’t close the valve and push the mass of the entire valvetrain back down onto the closing cam lobe quick enough. This is known as valve float. The second way is from pressure: higher boost or exhaust drive pressure is working against the valvespring; pushing against the backside of the valve, trying to force it open.

You may think putting a stiffer spring in and calling it a day would be fine, but there’s a bit more to it than a simple spring change. There is a very fine line you’ll have to walk between a spring strong enough to do the job, and too strong to cause damage and premature failure of the cam.

Hamilton Camshafts is a household name when it comes to diesel valvetrains. Probably the most common spring for the 24 Valve Cummins world is the “103”. It fits any 24 valve engine, from the 1998.5 VP44 trucks all the way up to brand new 6.7 Common Rails. It features 103 pounds of seat pressure (when the valve is closed) over the stock 80 lbs, but also is rated at 180 pounds of nose pressure (when the valve is fully open). This spring is perfect for a hot street truck, as it will give the engine the ability to safely run at higher RPM and higher boost and drive pressure, and keep the valves doing what the cam tells it to, but is not too stiff to cause premature wear of the cam.

Now that the valves are taken care of, you’re not out of the woods. Next consider the pushrods: their job is to transfer the motion of the lifter all the way up to the rocker arm. Now that the valve springs are stiffer, the stock push rods may flex or even bend under the increased spring load and RPM. Luckily there are solutions for that problem as well, in the form of stronger pushrods. For most hot street engines that need to see a lot of highway miles, a set of good springs and pushrods will be adequate. For the ultimate in valvetrain control on a dedicated race machine, billet rockers arms and bridges and lighter weight titanium retainers can be added to help raise the RPM ceiling even higher.

One thing we haven’t talked much about yet is the camshaft itself, and it’s arguably the most important piece of this whole puzzle. It determines much of the power level and RPM range your engine is most efficient at. While it’s usually the first upgrade for the muscle car crowd, but diesel guys tend to wait until pushing the 1,000hp mark before taking the leap. But just like in the gas powered counterparts, a performance cam can give big gains in power and spool up. As stated earlier, the camshaft dictates when, how long, and how far the valves open. A performance cam will open the valves longer and further, letting more airflow into and out of the engine, increasing power, lowering EGT’s, and improving the effective RPM range of the engine. When choosing a cam, avoid the temptation to pick the biggest one available. Just like going with too large of a turbo, a too large cam will hurt drivability, spool up, and response. The choice of cam largely depends on the end use of the truck.

Upgrading the valvetrain isn’t for the faint of heart. The job is easiest on the Cummins engines, as there is the least amount of stuff you need to remove in order to gain access, but it is still a job the average shade tree mechanic might not want to tackle. Once the valve cover, wiring harness, and injectors are out of the way, the rocker arms and valve bridges must come off. Then, a specialized tool is required to compress the springs and allow the keepers to be removed, and the engine has to be rotated to top dead center on each cylinder to ensure the valves don’t drop into the combustion chamber. Finally, once the new springs are installed with the tool, the tiny keepers have to carefully be installed without dropping them into the engine, and valve lash has to be precisely set. And the camshaft? Well, that’s a deep dive into the center of the block, requiring many hours of labor. They say nothing in life worth having comes easy, and a high-performance diesel is no different. If the intake, programmer, and exhaust on your truck just aren’t cutting it anymore, crack open the engine, sprinkle in a few parts, and get ready to pump out some power. Just don’t forget to support the valvetrain along the way.