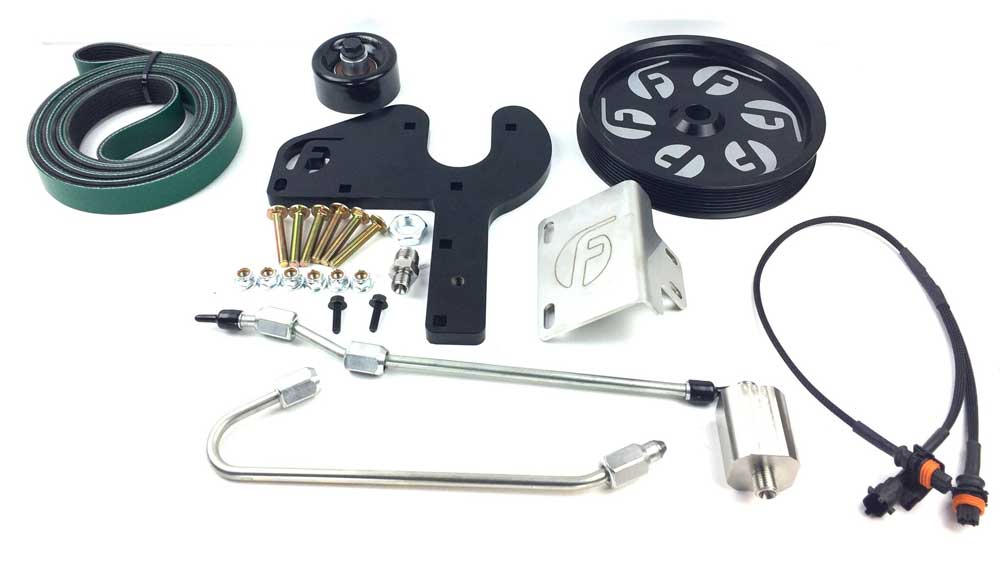 Fleece Performance Engineering recently released their own version of a dual CP3 injection pump kit for 2010-2016 6.7L Cummins owners.  So what makes the Fleece kit any different than the kits already on the market?  One of the biggest differences is that this kit does not include a standalone pump controller as most of the systems on the market, rather a simple T-harness is utilized.  But wait, how are they controlling the second pump if there’s no pump controller?  What many don’t realize is that you can easily control the second pump through the factory ECM, you just need to tell it to do so via custom programming, such as EFILive.  And since most people that are going to the expense of adding a second pump to their trucks already have custom tuning, why not simplify the system, especially since the stand alone pump controllers have notoriously been plagued with issues over the years.  And to put the icing on the cake, it drastically reduces the cost of the entire kit!
Next, their bracket is a super simple one piece unit to avoid complication and deliver strength.  Not much else to say about this, it just works.  Further, Fleece delivers three proven options for selection of your secondary pump.  Maybe you’ve already got a spare injection pump just laying around, so they allow you to purchase the kit without any pump whatsoever.  If you’ve got a spare pump just laying around, good job, you’re doing something right.  But for those not in this situation, Fleece has two kit options with pumps.  First, you can opt for what they call their CP3K, which is a modified stock pump that has been altered to allow for full fueling through 3,000 RPM, where the stock pump essentially will not allow for this.  This will create a broader power band for better overall drivability and really how these pumps should have been built originally from the factory.  And for those looking to make big power, you can also go for their kit that includes a PowerFlo 750, a highly modified “stroker” style of pump.
And finally, for those of you that like that extra bling, there are four color options on the pump pulley.  Go for the original black, or upgrade to an anodized blue, red or Fleece inspired orange.
Check out all of the options on these pump kits HERE. 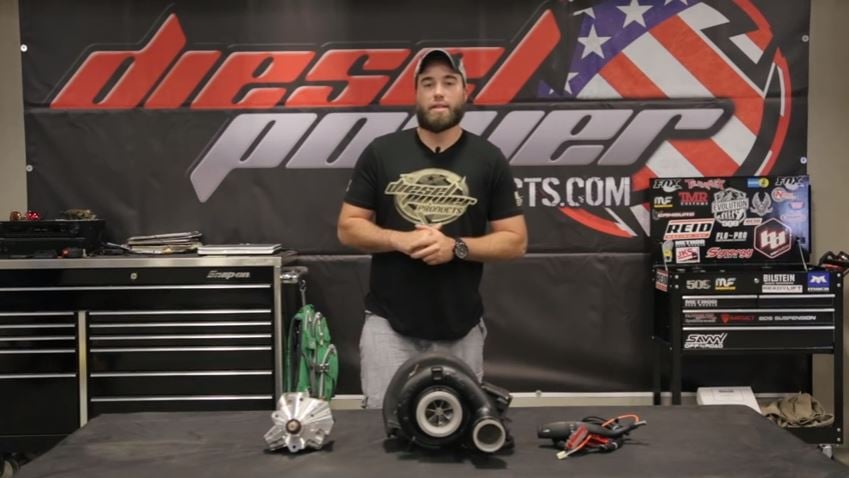