Gaining Fuel Economy AND Power with a Smarty on Your Cummins

We get the question many times a day, “How can I increase my fuel economy?”  While this question comes regarding a multitude of different vehicles and engines, it very frequently comes from owners of 2003-2012 Ram Cummins.  And while we have a TON of tricks up our sleeves for upping the fuel mileage on these trucks, there is typically one resounding answer…..add a Smarty!  But what the heck is a Smarty and how does it get me better fuel economy?  For those unfamiliar, a Smarty is a programmer (many will refer to it as a chip, even though that nomenclature is not exactly correct for this particular application) that is designed to alter many engine parameters to enhance the overall performance of the vehicle. 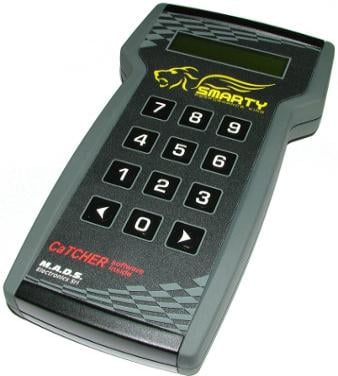 Smarty’s also come in several formats.  For those with 2003-2007 5.9L Cummins, the Smarty is available in a Smarty Jr (J-06), Smarty Sr (S-06), and the SSR (Super Sport Revo).  The Smarty Jr. offers three power levels, the Sr. nine, and the SSR……nearly infinite.  For those with 2007.5-2012 6.7L Cummins, Smarty offers the Jr and Sr models, with the same available power levels.  But what is the difference?  Without going into too great of detail, each is designed for trucks and truck owners that require varying levels of fine tuning/adjustability.  For trucks that are stock to mildly upgraded, the Jr. is typically the best suit as it has the least amount of options that the end user can modify.  The Sr, while it has more power levels than the Jr, also features additional sub-category options in comparison to the Jr, having the ability to being fine tuned for trucks with further modifications.  And finally, the SSR is tailored for those that have done extensive modifications to their drivetrain and want the ability to dial in every parameter perfectly.

Now, how does this affect fuel economy?  One of the major benefits to Smarty is in relation to how each one has the ability to affect the timing of the engine.  While many other programmers or chips can alter timing, they typically do not perform this task in the same fashion as Smarty.  Smarty’s give the end user the ability to both advance and retard the engine’s timing from both the factory and the Smarty default, and all trucks and/or conditions will not work at their optimum under the same timing setting.  From the factory, the trucks’ engines are set to a “standard” timing level that suits the masses.  However, varying ambient air temperatures, elevations, load conditions, etc. can all affect where an engine will operate at its ideal amount of timing.  Thus, giving the end user the ability to alter this parameter is ideal.  For the most part, the more timing you can add within the given parameters of the Smarty, the more fuel economy that can be had.  The reason for this is by adding the additional timing, it will make the combustion event greater, thus making more power out of the same amount of fuel.  To many people’s speculation, more power does not necessarily create less fuel economy.  Rather, the more power that is available, as long as it is not overused, will create better fuel economy.  An example of this would be a stage coach.  If you have a loaded down stage coach being pulled by a single horse, it will not get very far as the horse will tire quickly.  Now you take that same stage coach and pull it with ten horses, it will go on for miles being they do not have to work nearly as hard.  This same principle applies to engines.  As long as you’re not overusing the power and have the “go-pedal” to the floor, your fuel economy will increase.

The big question remains, how much fuel economy will you gain?  Typically, most trucks will gain between two and four miles per gallon when using their Smarty correctly.  We do caution most that there is a two week period where their fuel economy will go down, simply because they are enjoying their new found power and tend to drive more spiritedly.  But once this wears off and driving habits return, the fuel economy gains will become evident.  Are you ready to try one yet?  No problem, we ship Smarty’s via Next Day Air free of charge so you can enjoy your purchase as quickly as possible.

Head over to Diesel Power Products and checkout all of the Smarty Diesel Tuners. Give us a call if you have any questions about diesel truck fuel economy or tuning a Dodge Ram with Cummins engine. Our number is 1-888-99-DIESEL(993-4373).