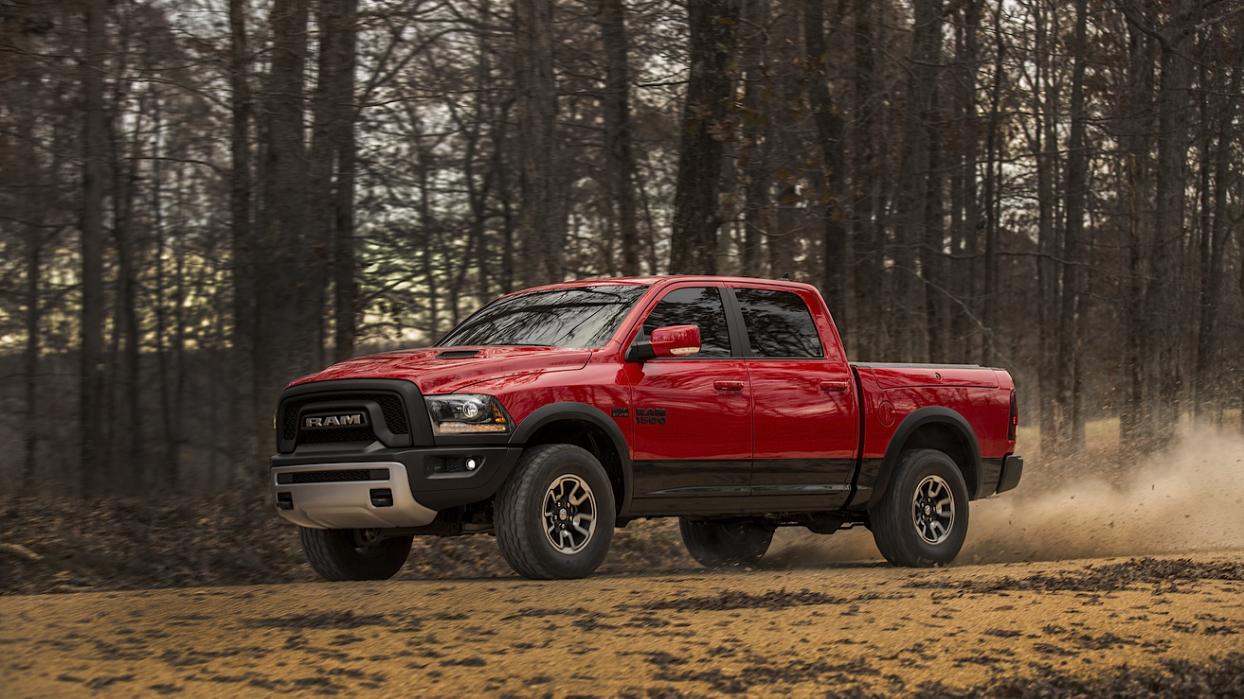 Some may call it the Power Wagon’s little brother, but the Ram Rebel 1500, set to be available in the second half of 2015, features an aggressive styling package with some offroad cues that at least make it LOOK like its ready for the wilderness, if nothing else.  The first modification we noticed for this trim package was that of the grill.  Gone is the classic cross haired chrome grill with a large Rams head adorning the center replaced by a matte black grill with the word “RAM” boldly emphasizing the automaker.  As the first Ram since 1993 to not feature the cross hairs, this had to be a large step for the automaker.  The black grill flows into a matching front bumper with an integrated skid 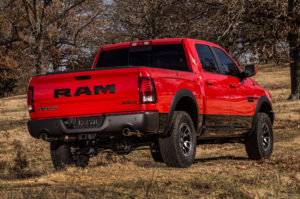 plate for additional protection when encountering obstacles off the beaten path.  To provide even further off road appeal, the Ram’s standard air suspension is lifted one inch taller than the standard 1500’s for an improved 10.3” of ground clearance.  This coupled with the standard 33” Toyo Open Country A/T tires will deliver enough offroad prowess for getting to your favorite camping spot, but probably not much further than that.

Overall, it’s a big move for Ram to be stepping away from some of its signature styling they have relied upon for over two decades, but the look is definitely appealing to us, and we hope they decide to extend this package in some of their other models.