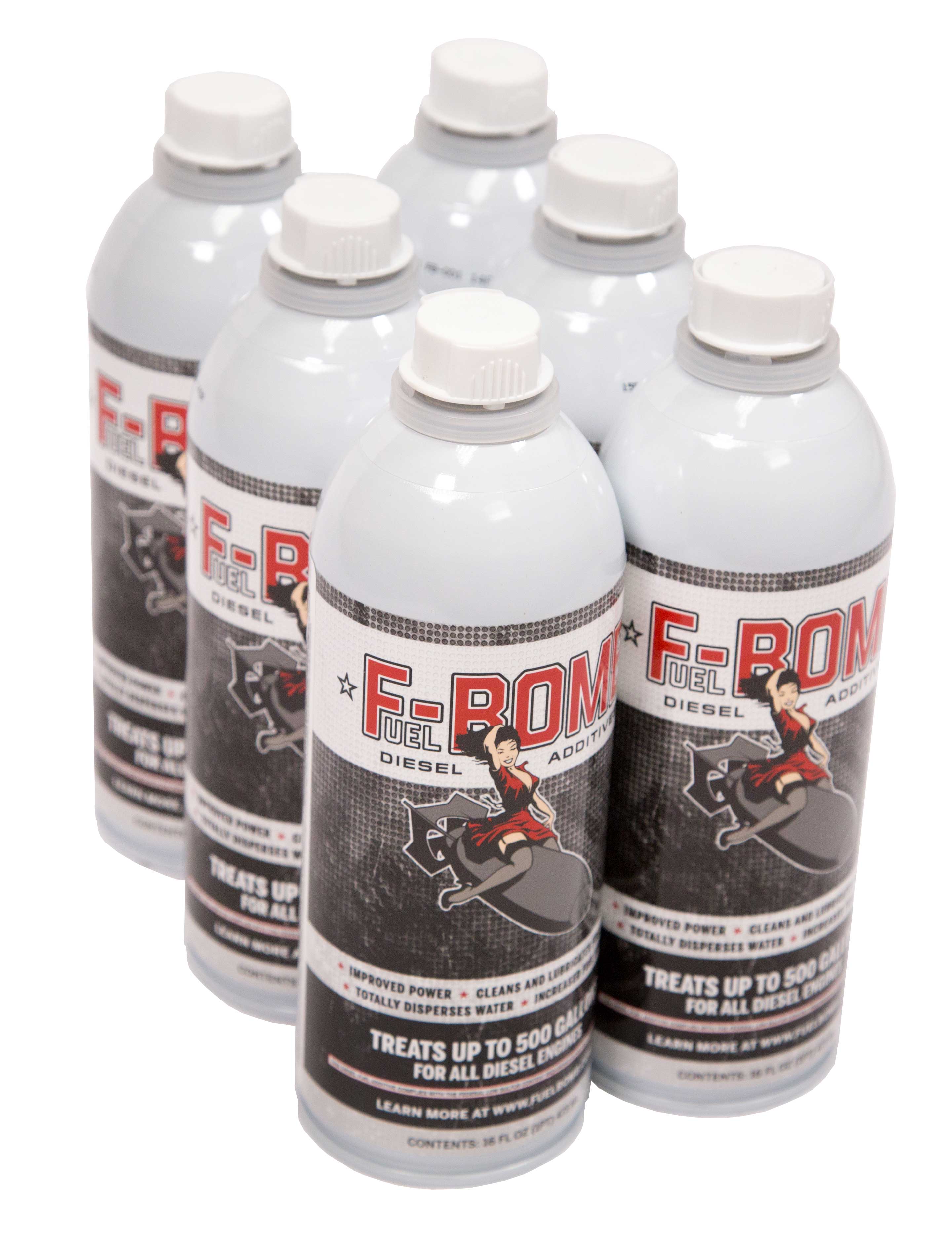 The Best Diesel Fuel Additive Just Got Even Better

After years of using the same bottle for our Fuel Bomb Diesel Additives line with only a few label design changes, we decided it was time for a change, and a big one at that.  While there was nothing inherently wrong with the previous bottles, there were some flaws that we didn’t care for.  First, if the bottles were exposed to any kind of increased temperatures, the bottle could actually contract, causing the fluid to seep out of the top.  And for those of us that keep our F-Bomb in the cab of our trucks, the smell was less than desirable, less those purists that actually use it as cologne (we’re kidding, don’t use it as cologne).

Secondly, the clear bottles allowed you to see the chemical itself.  While this doesn’t necessarily seem like a negative, it surprisingly caused great alarm for many of our frequent Fuel Bomb users, and here’s why.  Fuel Bomb, in its “natural” state, is clear, but we’ve always used various color dyes to distinguish between original F-Bomb, Hellfire, and F-Bomb ICE.  However, when exposed to sunlight, the dye would eventually change color slightly, leading many to believe their additive had gone bad, or was the incorrect blend, when in fact there was absolutely nothing wrong.

The fix?  We have changed original F-Bomb Diesel Fuel Additive to a newly designed aluminum can that is not only pseudo indestructible, but also features a cool newly designed label.  This same change will also be occurring to our Hellfire and ICE products as we run out of stock.  In fact, by the time many of you are ready to re-order your Hellfire, it may have transitioned over already and ICE to follow suit once the weather starts turning next fall.

And possibly even more exciting, while we were at it, we got with our chemical engineers to create an even more superior product than what you’ve come to expect from all three blends.  What does this mean to you?  Not only will you get a product that doesn’t leak or change color, but the performance it delivers will be even greater than what you’ve previously experienced.  This results in even greater power, better fuel economy, cleaner fuel systems, and just a better overall running truck.

For more information on our full line of Fuel Bomb Diesel Additives products, or to order up your own, CLICK HERE.