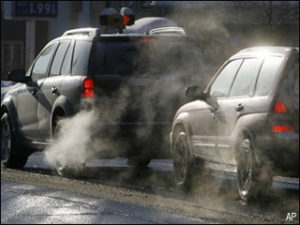 The University of Wisconsin-Madison Engine Research Center in conjunction with the UW Madison Hybrid Vehicle Team is working to perfect an advanced mixed-fuel technology that uses the advantages of both diesel and gasoline.

Two separate fuel injections are used to create the gas-diesel mix.  Mixing these two fuels reduces how much energy is lost in keeping a vehicle’s engine hot and also lowers a vehicle’s production of air pollution.

The University of Wisconsin-Madison team is working on converting two vehicles to RCCI: a Saturn Vue called the eMOOve, and a Chevy Equinox, called MOOVADA. The eMOOve is expected to be completed in 2012 and the MOOVADA has a completion target year of 2013.

Further proof that diesel is becoming an increasingly important part of a Green future.