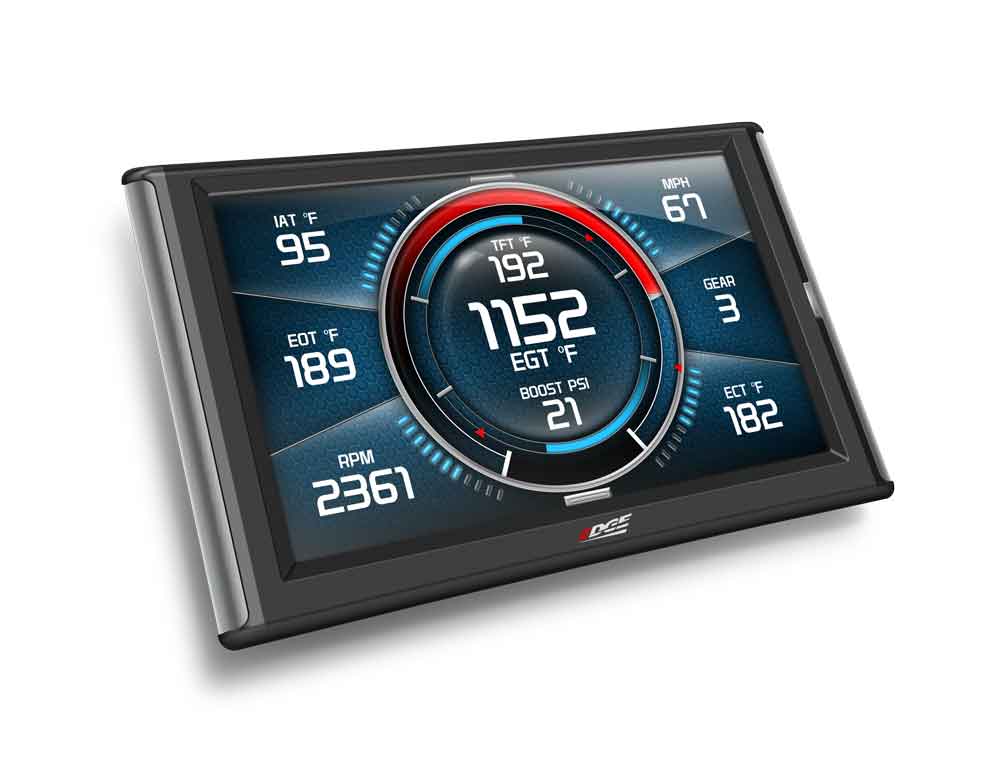 Why Your Powerstroke Needs a “Chip”

Many of us have been there. You’re talking trucks with some buddies and one complains that his truck doesn’t have the power it used to, or that its having trouble keeping up with all of the newer trucks. Then, someone speaks up and says “Why don’t you just chip it?!” For those that aren’t a performance enthusiast, or don’t necessarily follow the lingo, this term may leave you completely lost. In short, a “chip” is a generic term used to describe a performance module, programmer, engine tuner, or any other electronic device used to enhance the performance of an engine. Some plug into the OBDII port under the dash and “flash” the truck’s on board computer, called the ECM, others plug in line with existing sensors under the hood to alter the factory signal as it passes through the sensors, and others completely replace a computer. No matter what kind of chip or programmer you’re looking at, one thing’s for sure, they definitely make the truck more enjoyable to drive, because who doesn’t like more power?!

For the 7.3L Powerstrokes, there are two methods that are the most popular for upping the ante. The tried and true method of what has commonly been referred to as a “flip chip” essentially looks like a computer chip and it is inserted directly into the PCM (Powertrain Control Module) of the truck. With this upgrade, you’ll feel like you’re working on an old Mac computer as you literally remove the PCM from the truck and slide an open faced computer chip into the PCM. A great example of this kind of chip is the TS Performance 6 Position Chip. For most, this type of chip is the best option as they are incredibly affordable, easy to use, and allows for shift on the fly power level adjustments. On the flip side, you can opt for a traditional programmer that will plug into your OBDII connector under the dash and you will upload various programs from a device to enhance the performance. The advantage to this kind of device is that most will allow you to read trouble codes, adjust your speedometer for changes in tire size, among other things. One of the most popular options for a programmer would be an Edge Evolution.

Midway into model year 2003 brought us the 6.0L option to replace the 7.3L. This model saw some advancements to the ECM (Engine Control Module) which means that more of the vehicle could be controlled directly through the OBDII. Companies such as SCT and Edge have taken great advantage of this to offer up tuning options that can easily be downloaded right from a simple-to-use handheld device. However, traditional chips that plug in under the hood, inline with factory sensors, is also a great option on this truck, which typically also allows for shift-on-the-fly power adjustments. A very popular option for this is the Edge Juice with Attitude.

After the 6.0L, Ford unveiled the highly anticipated 6.4L, in which they abandoned the use of HEUI injectors in favor of common rail injection. This truck, with very minimal upgrades is highly capable of huge power gains, all thanks to the new fuel system and ECM. At this point, traditional chips have nearly been completely abandoned, replaced by OBDII accessed programmers. Edge, SCT, and many others have truly cracked the code, extracting every ounce of efficiency of these trucks, and all accessed by the end user with something that can fit in the palm of your hand.

Stemming from the success of the 6.4L, Ford unveiled the 6.7L in 2011 that only featured more advancements. Now featuring piezo injectors, as opposed to the previously used common rail injectors, you can now pull even MORE power out of the truck with ECM calibrations. Thus, here again, programmers are typically the best option for maximizing potential. Companies such as EZ LYNK and SCT seem to be cornering a vast majority of the market for the 6.7L Powerstroke, and its for good reason, as once tuned these trucks flat our rip and gain considerable fuel economy all at the same time.

All in all, we’re obviously advocates for adding a performance programmer to your Powerstroke. We love power, and the additional fuel economy that can be had with it is an obvious perk.

If you’d like more information on available programmers for your Powerstroke, or any other upgrades, click HERE or give us a call at 888-99-DIESEL.