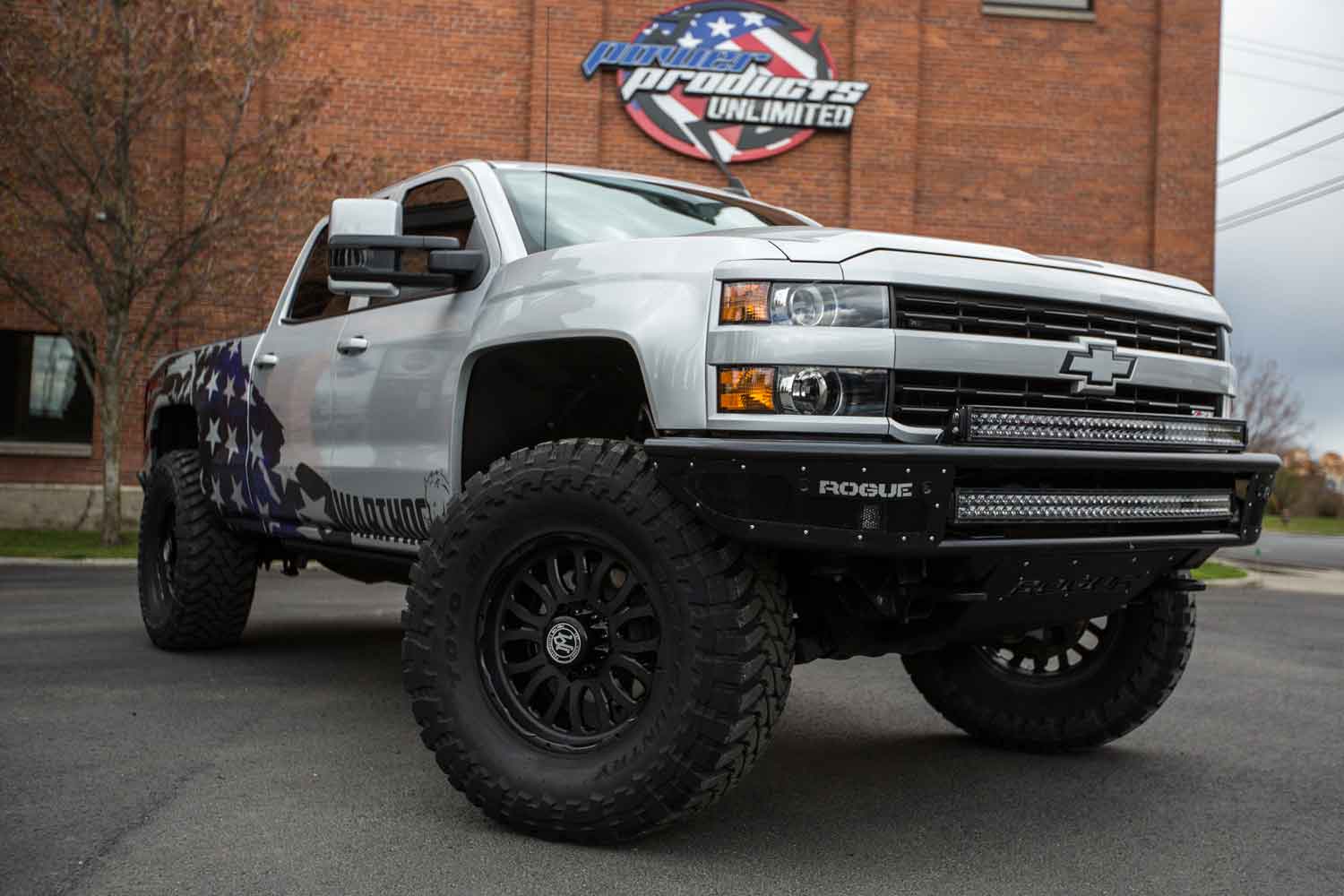 Why Your Duramax Needs an Exhaust Upgrade

Do you consider yourself a Duramax aficionado? Well, maybe not necessarily an aficionado, but an avid supporter at the very least, right? Either way, if you can differentiate a Duramax rolling down the highway before you can see it, you’re scoring some points, but if you can tell whether they’ve upgraded with a four inch or five inch exhaust and whether its straight piped or not, consider yourself a pro. One thing is for sure, upgrading the exhaust on a Duramax is beneficial in numerous ways, which is why its one of the most popular upgrades.

Over the years, GM has done a relatively good job of designing the factory system to support the factory power levels and create a system that would suit the masses in terms of aesthetics and sound level. That being said, there are numerous reasons to make the upgrade to a higher flowing, performance exhaust kit no matter what year Duramax you drive. In general, you can expect an increase in power, a bump in fuel economy, lower EGT’s (Exhaust Gas Temperatures), and of course, a sweet new sound.

The first thing to discuss is a feature unique to all model year Duramax’s that is different than other light duty diesels. When the time does come to upgrade the exhaust, you’ll see numerous 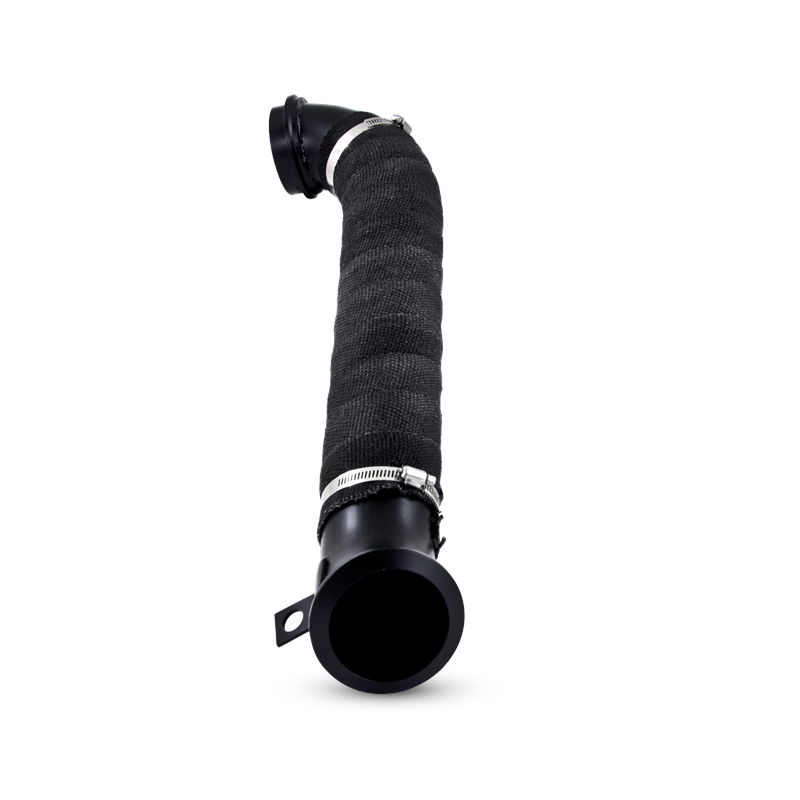 options and many of them are labeled as “turbo back” when in fact there are no exhaust systems legitimately turbo back for any model year of Duramax. Technically, these systems are actually turbo direct pipe back as these trucks feature a flanged pipe coming directly off of the turbo that all exhaust manufacturers truly start at.

The main reason that exhaust kits don’t include this pipe is that many don’t want to spend the additional time it takes to replace this pipe as it is situated in a tight spot between the engine and firewall. Further, upgraded turbo direct pipes must be wrapped in heat wrap and feature unique machined flanges on each end that simply raise the cost, thus would make the entire exhaust system more expensive. The good news is that for those looking to upgrade the ENTIRE exhaust system, there are numerous options to upgrade the turbo direct pipe depending on the engine code of your Duramax.

Now that we’ve gotten that out of the way, lets get back to business. As previously stated, the first model year of Duramax was 2001 with the LB7 engine code. This model featured a 3.5″ exhaust system with a catalytic converter and a muffler. This basic system was utilized all the way through 2007 model years ending with the LBZ engine code. The factory exhaust is relatively adequate for engines producing stock output and truly designed to suit the masses. However, for those that of us that like to add some additional power and give our ride a sweet sound coupled with a cool look, upgrading the exhaust is definitely beneficial. Aftermarket systems will increase the diameter to either four inch or five inch, feature smooth, mandrel bends, and either include a high flowing muffler or include a muffler replacement pipe to create a “straight pipe” system. What you’ll gain from upgrading is power and fuel economy while reducing EGT’s (Exhaust Gas Temperatures).

Up next came the LMM Duramax released in mid model year 2007. This exhaust is entirely different than its predecessors as it brought about the introduction of a Diesel Particulate Filter, or DPF for short. The DPF is used in controlling emissions output by creating chemical reactions during what is known as regeneration cycles. We won’t go into the details of how all that works here, just know that its complicated. Starting after the turbo direct pipe and working backwards, this system is four inch diameter. Once past the downpipe, there is a catalyst called a Diesel Oxidation Catalyst, or DOC, followed by the DPF, or Diesel Particulate Filter. Once out of the DPF you’ll have your standard four inch exhaust finding its way over the rear axle, ending in a bellowed exhaust outlet. Phew, did you follow all of that?! There are numerous methods to improve upon this system, but the best and most logical method for most is to install a five inch DPF-back system. While we would typically recommend a four inch system for most vehicles pre-2007, because of the numerous restrictions in the system due to the emissions devices, it is most beneficial to free up any exhaust flow possible by bumping to the largest diameter possible.

For the 2011 model years through current, emissions regulations were again tightened down and we saw the introduction of SCR, or Selective Catalyst Reduction system utilizing urea injection. Overall, the rest of the exhaust is relatively similar to that of the earlier 2007.5-2010 LMM models, but with this new addition. In terms of making this better, the same principles hold true. A 5″ DPF back system will be your best friend to extract every bit of power, fuel economy, and sound out of your mighty Duramax.

Overall, there’s an exhausting amount of options when it comes to upgrading the exhaust on your Duramax (did you notice the pun!). For some, the decision comes down to sound, to others its about the style, and others performance, but for most its a mixture of all the benefits.

If you’d like more information about exhaust upgrade options for your Duramax, head over to www.dieselpowerproducts.com, give us a call at 888-99-DIESEL, or send an e-mail to [email protected] and we would be happy to assist.

2 thoughts on “Why Your Duramax Needs an Exhaust Upgrade”