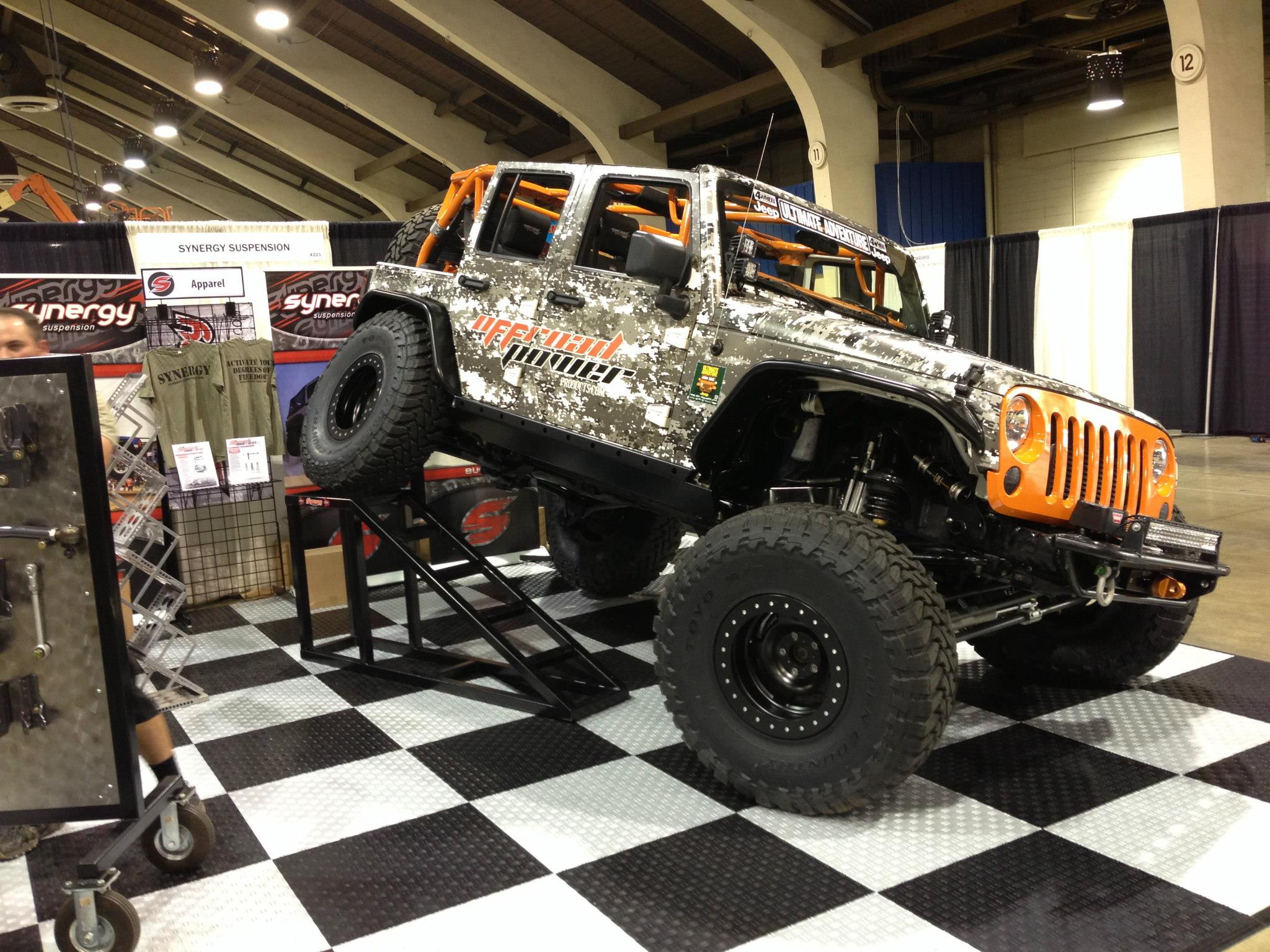 While it may not be as cool as our in-house built 4BT Cummins powered Jeep JK (shown in image), the rumor mill floating around is that Jeep will be unveiling a factory diesel Wrangler for model year 2016.  This is a huge step by the automaker in a similar attempt of increasing the average fuel economy ratings being set forth by government mandates.  In the past year, we have already seen Jeep and Ram release diesel engine options for the Grand Cherokee and Ram 1500 coming from the Italian company VM Motori in a 3.0L turbocharged V6 and we expect a similar platform for the Wranglers.

The current Wrangler JK model is nearing its maturity, as it was originally introduced in 2007, so with the new engine option, we also expect a slight overhaul of the Wrangler platform at the same time.

The current 3.0L being offered in the Grand Cherokee models produce 240 horsepower and 420 foot pounds of torque, and while that may not seem like a complete powerhouse, with the right gearing matched to your tire size, the available torque will be able to pull you through nearly any obstacle, while still achieving substantially better fuel economy in comparison to any of the gasoline powered options.

Overall, this is a move in the right direction that we’ve all been anxiously awaiting, as many of the diesel models that were slated to be released way back in 2007 and 2008 were put on the back burner due to newly released emissions standards.