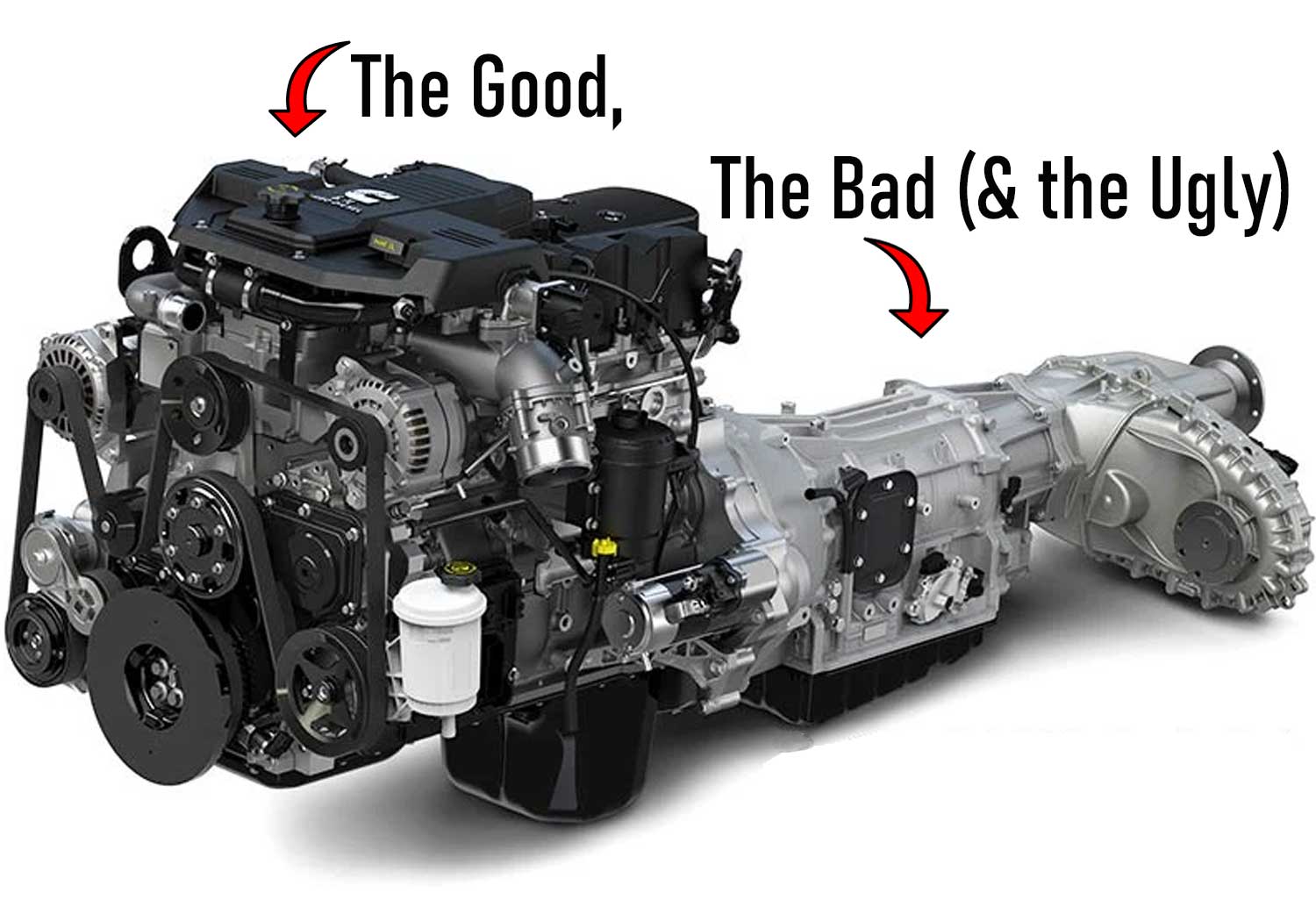 There was a man who lived in Greece many years ago, and he was a mighty and strong warrior. He had the strength of many men and bravery in spades, but he also had one fatal weakness that could prevent him from putting all his muscle down to the ground in battle. All it would take was a splinter or a paper cut on his heel, and he was out of commission. Even though protective armor was widely used by his two biggest enemies, Achilles believed he didn’t need the latest 10-speed armor plated boots, instead he preferred his home-made sandals which were very weak in comparison. As a result of his over confidence in his design, the first time he entered into battle, a wayward spear cut the back of his foot, and Achilles became the first known individual to experience limp-home mode.

In 1989 Dodge partnered with one of the most legendary diesel engine manufacturers of all time and sourced the 5.9 liter inline-six turbodiesel for use in their trucks, and the result is one of the best-selling and most popular diesel-powered pickup trucks of the last three decades. The engines were powerful and reliable, the chassis could carry a ton of weight, and the styling was spot on. But much like our ancient friend from Greek mythology, the Ram truck has always had its Achilles Heel: the transmission.

Where It All Began

The 1st and 2nd generation of Ram trucks powered by the Cummins 5.9 were equipped with an automatic which had its architecture first developed on muscle cars back in the late sixties and early seventies. The 727, A518, 47rh, 47re, and 48re were simple transmissions with a reasonable amount of strength, but they were unable to cope with the amount of torque being force fed into the transmission by the Cummins. It doesn’t take a lot of research to find out the stock versions of the early transmission were very likely to fail, especially if the trucks were used in the way they were intended: towing, hauling, plowing, or even just driving. In fact, Dodge knew this and de-rated the engines which were attached to the automatics to help them live a little longer, and at first, only the manual transmission trucks received the full fury of the Cummins.

In the mid to late nineties, four forward gears were the norm for the big three’s diesel offerings, but in 2001 GM was the first to step it up with their five-speed Allison, and just two years later, Ford followed suit with the 5r110. Stock for stock, both the Allison and Ford 5r110 were significantly stronger than the 48re Dodge used at the same time, and they had more gears. A pattern was starting to emerge, and the engineers in Detroit finally decided to do something about it, but when it was time to turn in their homework, it was hardly a passing grade.

A Chance At Greatness

Chrysler did realize they needed to step up their game, so they began working on an all-new transmission design that would have more forward gears and enough strength to work with the ever-powerful Cummins, and the 68RFE was the result. It was unveiled for the 2007 model year trucks behind the all-new 6.7 Cummins. Six forward gears provided a better overall ratio spread, keeping the engine closer to its peak torque and improving acceleration, and in theory, it also meant better towing capability. Theory is fine, but in practice, the 68RFE was a turd. Common problems include burned up overdrive clutches, warped and leaky valve body’s, low line pressure, and lots of other problem that would lead to slipping transmissions and trucks stranded on the side of the road.

Fast forward to 2013: in order to stay at the top of the pile in terms of towing and hauling capacity, the Cummins HO in the Ram 3500 was now rated at 850 pounds of torque, and Chrysler knew their 68RFE would not be up to the task of shifting in a high GVWR truck, so they did a little shopping. Their unlikely ally was the Japanese gearbox manufacturer Aisin Seki, and the AS69RC was the transmission of choice. It was significantly stronger than the 68RFE, but sadly its usage was limited to High Output equipped Ram 3500’s, and the 68RFE was (and is) still used in 2500 series trucks.

From 2011 to 2019, the six-speed automatic was standard across all HD diesel pickups, with GM using the Allison 1000, Ford using their 6R140, and Ram using the aforementioned 68RFE and AS69, but quietly in the world of 1/2 ton gasser trucks, eight- and ten-speed automatics were slowly becoming the norm, and for good reason. While it’s exponentially more complex to manufacture than a six-speed, by having ten forward ratios the RPM drop between each shift is only a few hundred RPM instead of 1,000 or 1,500. The closer you can keep your engine to its peak torque, the better your efficiency, acceleration, and towing. While this concept holds true whether you have a gasoline or diesel engine in front of the transmission, it took a while for anyone to come up with a ten-speed automatic that could cope with the torque of a diesel.

The Pressure Is On, Ram…

While 2020 is a year that will go down in the history books for a variety of reasons, the significance to the diesel community is it’s the first year for a ten-speed automatic. Both Ford and GM simultaneously released their 10-speeds, and for good reason. Ford called theirs the 10r140 and GM named their version the Allison 10L1000, but the development was a rare joint venture between General Motors and Ford. The transmissions aren’t identical, but a lot of internal parts share a similar design. First gear comes in at 4.615:1 in the Ford box, and 4.54:1 for the GM which provides great torque multiplication to get a heavy trailer moving, and gears 8, 9, and 10 are overdriven for lower RPM and greater fuel efficiency on the highway, and with 10 total ratios to choose from and torque converter lockup available in each, your engine is never more than a couple hundred RPM away from its optimum horsepower or torque.

With the advantages of a 10-speed widely known, the question is why Ram doesn’t offer a version of their own, and whether or not Chrysler will ever follow suit. Sadly, there are no official plans for any new transmissions for the 2021 models, which means Ram is once again behind the 8-ball by at least two years. Rumor has it, soon Chrysler will drop the AS69RC from its flagship lineup, but if so, it needs to find a suitable replacement and upgrade that can stand the test of time. According to the internet, the two contenders are a ZF sourced 8-speed or a 9-speed Allison, but only time will tell if these rumors are just that. Regardless of which transmission is the successor, we can only hope it has enough gears as well as strength because for the 2021 model year, the High Output Cummins lays down a staggering 1,075 lb.ft. of torque. When properly equipped it’s rated to tow 37,100 pounds, and you can be sure both of those figures will only go up in years to come, further reinforcing the need for a strong and reliable transmission. We’re disappointed, Ram. You’ve got the best engine out there, great looks, and the highest towing capacity, but that pesky Achilles Heel keeps showing up.

What To Do In The Meantime?

You can grow old and gray by waiting around for things to get better, and for the foreseeable future, your Cummins powered Ram will be stuck with a six-speed. Luckily, there are a simple few tips and tricks you can apply to improve some areas where Chrysler let you down. To make any automatic transmission live a long and happy life, it needs a few basic necessities like low temperatures, clean fluid, and adequate hydraulic clamping pressure to name a few. While there are many manufacturers that offer “fully built” automatics with trick parts like billet main shafts, triple-disc torque converters, and extra duty friction material which can hold well over a thousand horsepower, for the average driver and wallet, such upgrades are a bit out of reach and sometimes unnecessary.

For any AS69 or 68RFE equipped truck, a simple upgrade like a thermostat bypass block can help extend the life of your transmission simply by allowing the transmission fluid to run at a much cooler temperature and by eliminating the factory thermostatic valve, you will also improve fluid flow through the cooling circuits. Next, you need to keep your fluid clean, which starts by changing it on time. According to Chrysler’s “severe duty” schedules, the fluid on an AS69 needs to be changed at 30,000-mile intervals, and the 68RFE is scheduled 60k, and using a quality synthetic fluid is necessary. If you use your truck for towing frequently or have a little extra horsepower added into the equation through ECM tuning, there are a few more tricks you can do like take over the hydraulic function of the clutches with an ATS Co-Pilot Transmission Controller. Functionally, the Co-Pilot takes control of things like main line pressure, shift timing, and torque converter lockup, and by optimizing those parameters, it effectively increases the holding power (and life) of your otherwise stock transmission.

At the end of the day, FCA still makes a badass looking truck, and the Cummins sourced turbodiesel is a winner by anyone’s measuring stick, but the transmissions that have been attached over the last 30 years just haven’t been up to the task, nor do they have enough ratios to keep up with the Jones’s. With the 2021 model year trucks hitting the showroom floor any day now, we’ll have to wait at least one more year to find out what Ram plans to do to replace the outgoing transmissions, but in the meantime, both Ford and GM owners are enjoying the added benefits of four extra forward gears. And trust me, a 10-speed is where it’s at.

7 thoughts on “Why Can’t Chrysler Build A Decent Automatic”